SAN MARCOS, CA – Passion is the new hallmark of a powerhouse music program at All-Steinway California State University San Marcos, energized in part by the irresistible enthusiasm of people like Ching-Ming Cheng.

The charismatic internationally-renowned classical pianist from Taiwan arrived on campus in 2011, only to find 61-note keyboards and a school lacking a major in music. What unfolded in a few short years was nothing short of phenomenal. 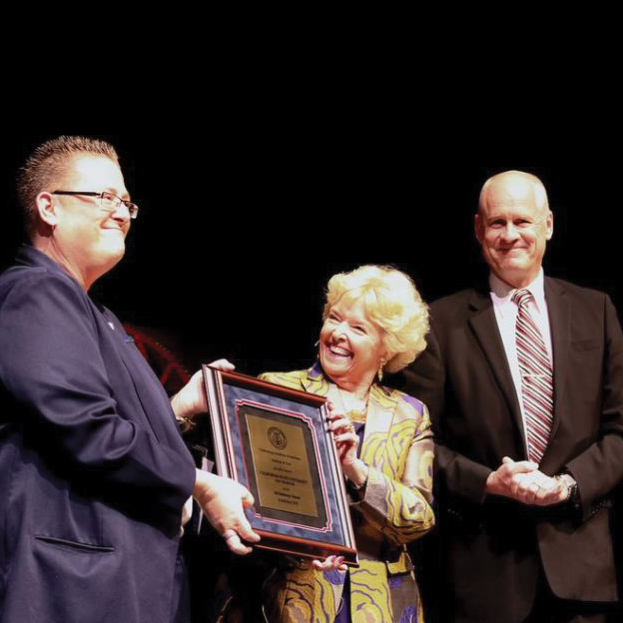 “I cannot imagine any interdisciplinary commitment that does not involve the arts, and more specifically, music,”

With enrollment rising, the School of Art was divided into four programs, opening the door to a world of sound possibilities for aspiring musicians from multiple genres. “I cannot imagine any interdisciplinary commitment that does not involve the arts, and more specifically, music,” said Julia Johnson, Dean of the College of Humanities, Arts, Behavioral and Social Sciences. “You cannot be a critically engaged citizen without a deep abiding commitment to the arts, and music teaches us about culture, about identity, about community, about history. It is a fundamental form of human expression and the pedagogy of music teaches us innovation, creativity, discipline and belonging.”  CSUSM built capacity for the burgeoning major from a seasoned faculty deeply integrated into multiple communities – all with proven successes as teachers, scholars and artists.

“Students come in with their own drive and passion, and the flames of passion are ignited when they connect with faculty who inspire them,” she said. “Our faculty made an intellectual commitment to provide students with the flexibility to take their passions and build a major emphasis around it.”

Founded in 1989 and one of 23 campuses in the California State University system,  CSUSM has experienced record enrollment for seven straight years, according to The San Diego Union-Tribune. Nearly 17,000 students were enrolled for 2017-18. “CSUSM was formed in partnership with the community to prepare future leaders for North County, and because of (President) Dr. Karen Haynes and hard work by the administration, we have had tremendous success to that end,” Dean Johnson noted.

“The initiative has paved the way for additional scholarships, as more donors came forward due in part to the success of the All-Steinway campaign.”

In 2015, Dr. Cheng performed at a fundraiser, enabling the university to revamp its music lab with 30 new 88-key digital keyboards. In October 2016, nearly $150,000 was raised for a Steinway Model D concert grand piano, generating a mini-tidal wave of momentum for the next logical step.

“This was one of those great moments in fundraising history when our donors showed us the way to an All-Steinway designation,” Dean Johnson said. “We have some partners who simply kept stepping up, sponsoring concerts in their homes, encouraging each other to create this opportunity for our students. As such a diverse campus where so many students are first-generation, it feels particularly joyous to help them learn on the finest pianos in the world.”

CSUSM continues to draw benefits from the All-Steinway experience. “When you have the right equipment, you are able to attract a broader range of students,” she said. “And the initiative has paved the way for additional scholarships, as more donors came forward due in part to the success of the All-Steinway campaign.”

Dean Johnson thanked Rick Rice, General Manager of SoCal Pianos and Robert Snyder, Senior District Manager for Steinway & Sons. “They treated us as an ally and partner in supporting student learning at CSUSM, listening carefully to our needs and working diligently toward that end,” she said. “It has been a very enriching relationship.”