‘down a different path’

Steinway Artist Drew Petersen received an Avery Fisher Career Grant in 2018 and has won a boatload of piano competitions. He took first prize at the 2017 American Pianists Awards, receiving the Christel DeHaan Classical Fellowship from the American Pianists Association (APA). He placed fourth in the 2015 Leeds International Piano Competition and claimed the 2016 Sanders–Juilliard–Tel Aviv Museum prize. He is a laureate of the Hilton Head International Piano Competition, the Kosciuszko Foundation Chopin Competition, the New York Fryderyk Chopin Piano Competition, and the Friday Woodmere Young Artists Competition. After all the winning, Petersen acknowledges that he can — and will — now close up the competition chapter of his burgeoning career and get down to the business of performing, touring, and recording.

“Yes, yes, Ben,” Petersen tells me. “I feel that my competition days are at an end, hopefully.” He adds with modesty: “At this point I’ve been very fortunate. I’ve done a few, I’ve done well in a few, and I feel like I’ve met many people through these competitions and embraced the opportunities that come from doing well in these kinds of competitions.

“Now, at this point in my life” — he is twenty-four — “it’s more important for me to spend my time, rather than worrying about jumping through the hoops of learning a particular piece for a particular occasion, on choosing for myself which pieces I want to work on more often.”

For his first release from the Steinway & Sons label (a recording contract that came by way of victory at the APA), Petersen chose works that are, in his words, “a bit outside the norm.” The album is grounded in the piano sonatas of Samuel Barber and Elliott Carter and includes a movement of Charles Ives’ Piano Sonata No. 2 (“Concord”), as well as a complete work by Charles Tomlinson Griffes and one from living composer Judith Lang Zaimont.

“The two big pieces that I had in my repertoire were the Barber and the Carter,” he explains, “and I thought, ‘Here’s an idea: I can put these two sonatas together, written around the same time and place in history, mid- to late-forties American pieces — of which the Barber is known. So here’s something we can work with.’ 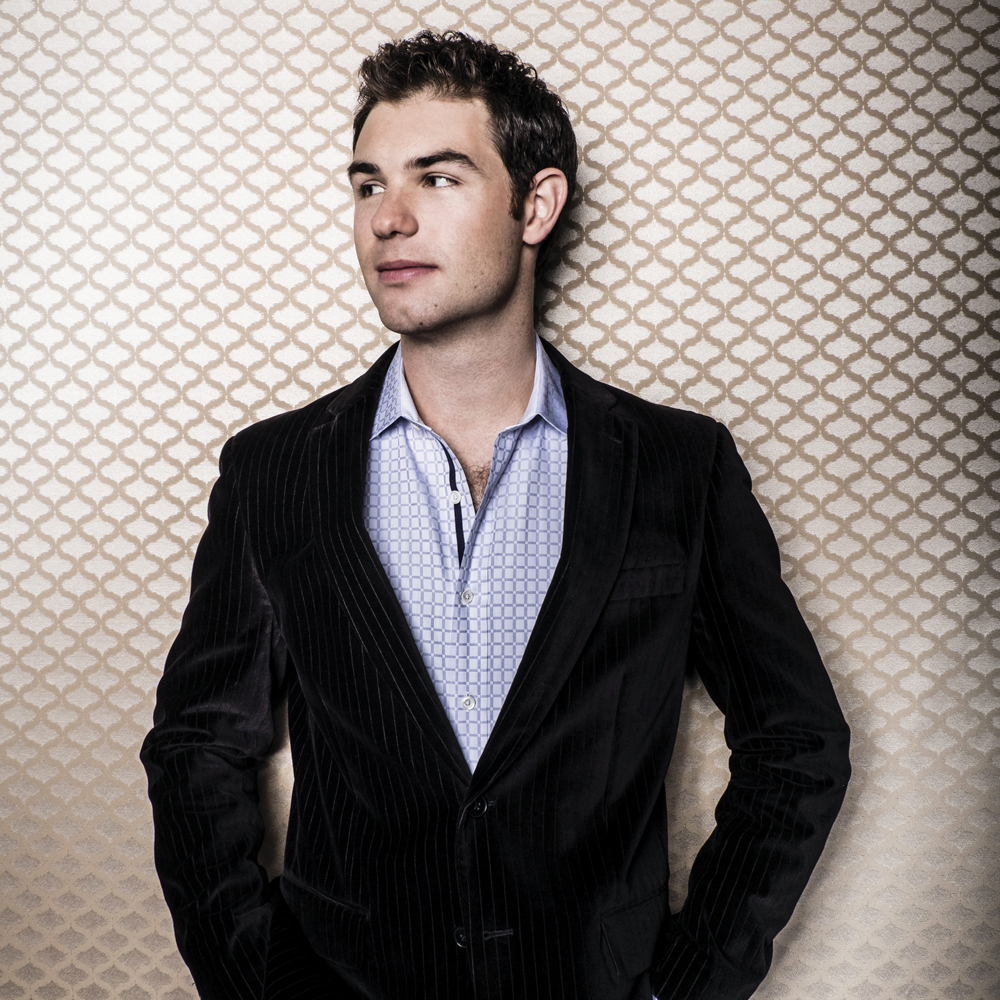 “But practically speaking,” Petersen continues, “it’s not quite the full length of a CD. Here are these two works — certainly bold, as you said — but, possibly to some ears, there is some fear. To counterbalance that, I chose the Griffes, the Ives, and the Judith Zaimont, which are more coloristic and finely contoured in a way that, to me, now makes you aware of these moments of simplicity and perfume-in-the-atmosphere in the Barber and the Carter that I hadn’t noticed!”

Rehearsing and working through all the works at once, Petersen explains, began to affect his interpretation of each piece. Here Petersen encountered what this writer would term the “contamination” effect of juxtaposition, which is half the fun of programming, as it brings out unanticipated and often surprising connections.

Zaimont’s Attars, a commissioned work of the APA competition Petersen won, struck a chord for the pianist. Its five short movements, each named for a different essential oil, are “almost deceptively simple,” says Petersen. “They’re very intricate, and unique in the use of unusual sounds and the color Judith evokes from the instrument. I’m certainly reminded of French Impressionism in kind of a morphed way — not unlike the Griffes pieces [Three Fantasy Pieces, Op. 6], which are of the same sound world to me. But Judith’s language is even more specific and more unusual.

“The sounds [in the Griffes pieces] are being distilled through a century or more, and there are many quirks, so it took me a while to really figure out how I related to this sound world, and what exactly makes the piece tick and whatnot. But it’s a compelling work, and I’m really happy with the recording.”

Beyond the studio, Petersen hopes to do a little bit of everything, planning to bring together a corpus of standard concertos for orchestra, from Bach to Mozart to twentieth-century. A standard concerto repertoire, he hopes, will give him room to explore within solo recitals. But Petersen also has a penchant for chamber music, enjoying the mix of standard and non-standard repertoire that the genre offers.

‘Chamber Music allows me to clean my ears out, to adjust to different kinds of hearing.’

“Chamber music allows me to clean my ears out,” says Petersen, “which is to say, to adjust to different kinds of hearing. Of course, we all hear differently when we’re playing chamber music than when we’re playing solo and concerto — because it’s so much more sensitive. One has to be more sensitive to others when playing chamber music. One has time in a rehearsal process to really delve into a piece, and one gets the benefit of several other incredible artists at one’s disposal to bounce ideas off of regarding pieces.

“So I feel that chamber music keeps me learning and growing, whether I want to or not,” says Petersen, laughing. “Of course, I want to, but it’s a nice reminder to realize, ‘Oh, there’s so much more I could explore in this area that I hadn’t thought of!’ It pushes me down a different path, which is good for me.”